"The Carnival of Solsona recovered in 1971 and festival of national tourist interest since 1978, is one of the key moments in the act of hanging a donkey bell. For a week, the "mad giants" coats of color groups and satire sermon also contribute to the carnival Solsona Catalonia one of the most unique." (http://solsonaturisme.com/ca/una-experiencia-gegant/) 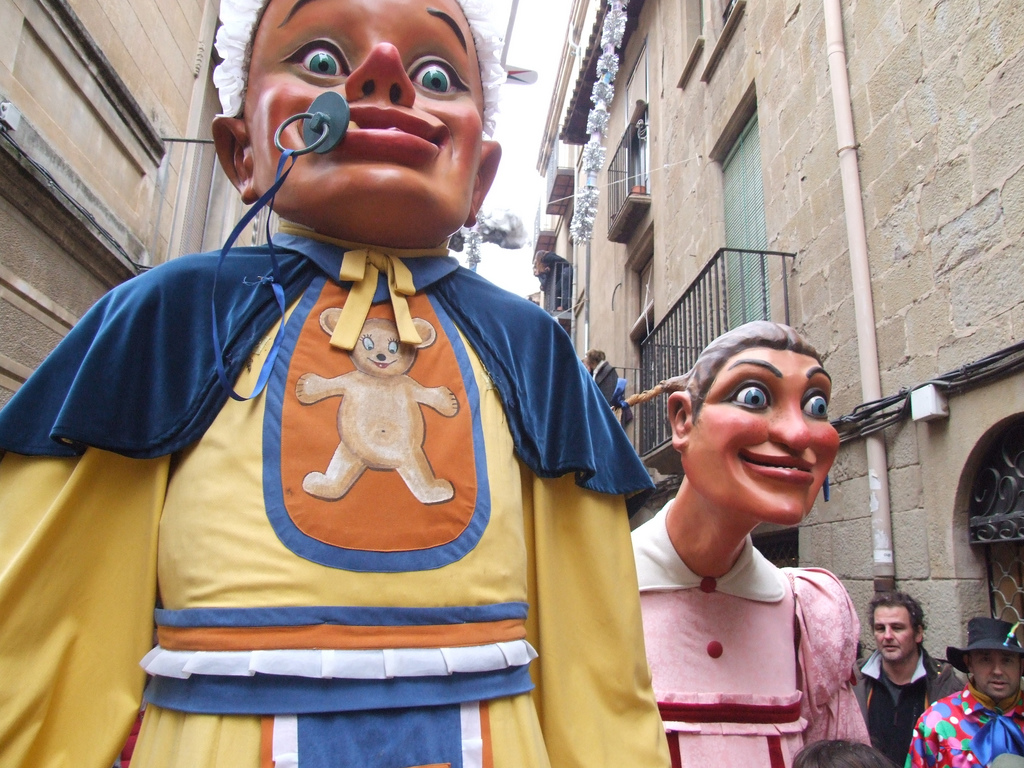 Saturday and Sunday of carnival 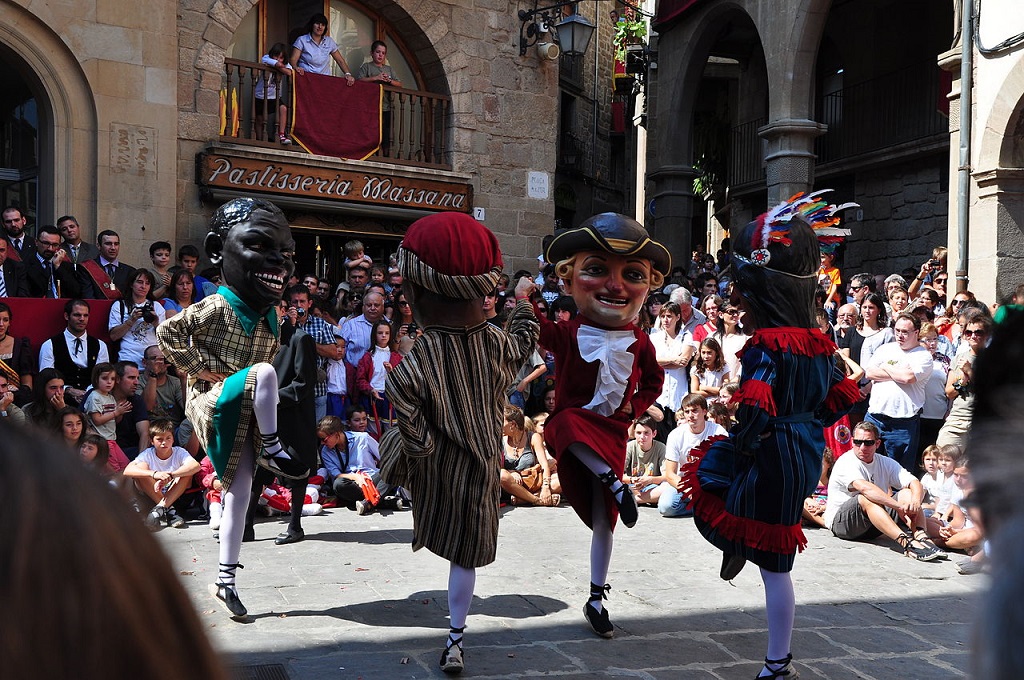 "The family of the Giants danced to the sound of Crazy Blow, Carnival anthem distributing "wood" with his arms any clothing that confused and crazy.I if giants are an essential part of Carnival of Solsona, too they are the donkey (which hangs on), the postmark of honor and donkeys are the protagonists of the Carnival festivities. Another feature of the Carnival of Solsona is no costumes but masquerades all batteries wear colors, which distinguish them from each other." (http://www.festacatalunya.cat/articles-mostra-1590-cat-carnaval_a_solsona.htm)

In Solsona we find a long tradition of dressmaking, since each group or association contains one of its own. The giants and the donkey are made by artisans.