"In Evolène, we can imagine that the present carnival contains remains of Celtic rites, is inspired by the festive side of the Roman festivals and retains all the adaptations brought by Christianity." 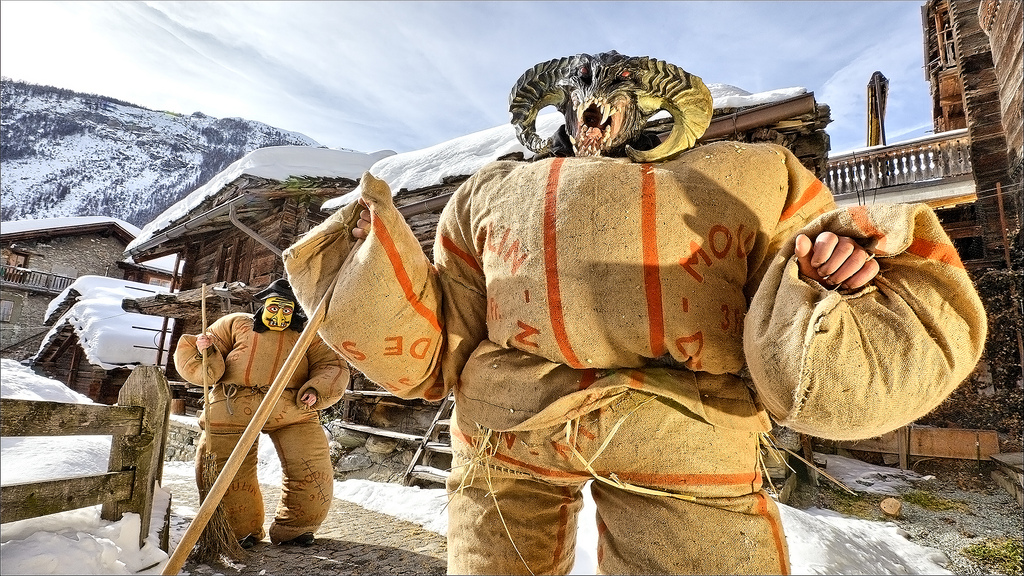 "The carnival of Evolene always existed between January 6, Epiphany evening and Mardi Gras"

"Young people go round the whole commune, perched on a van, waving cows bells throughout the evening. It is said that carnival is then "awakened". The festivities can begin. A few times later, the first characters of the carnival come on stage. In a deafening din, the Peluches invade the village and become its masters. The last Saturday of the Carnival period, old women a little coated and wearing the traditional costume of Evolène go to go around the whole commune: Les Maries. On Monday evening, the elite troop of the carnival, composed of retired soldiers for some time, is in charge of finding him and arresting the fugitive, the Poutratze. Once the Poutratze is arrested, she will be judged. On Mardi Gras, in the evening, she is led through the village by the stuffed animals, the angry inhabitants, exhausted by this long period of disorder and the elite troop of the carnival."

Construction of masks and regional costumes

The ritual takes place in the central streets of the village