"The "Carnaval de Águilas", with more than 200 years of history, was declared in January 2015 Party of International Tourist Interest. In its two weeks, there are great parades of clubs, comparsas and floats, where the music, the fun and the joy are mixed in an environment difficult to describe, with the "Cascarones" and "Cuerva", the typical drink Of our party, as traditional elements" 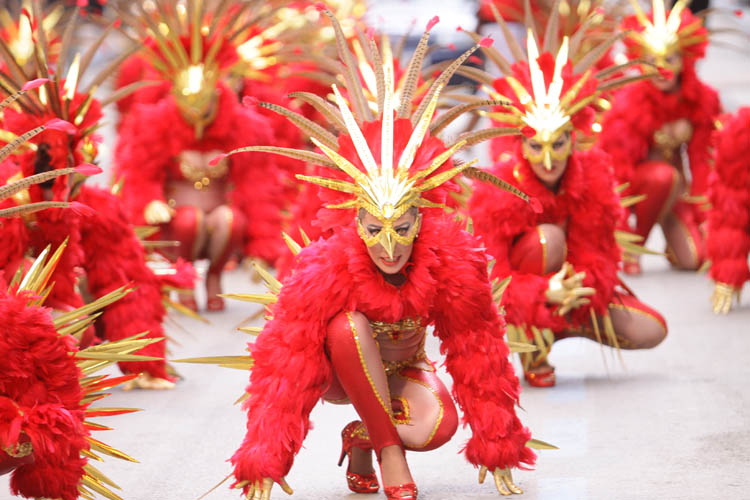 "It begins on a Thursday with the "La suelta de la Mussona", continues Saturday night with the Battle between "Don Carnal" and "Doña Lares" and the "Pregón", a multitudinous party begins, which will end next Saturday with "Quema de Don Carnal"." 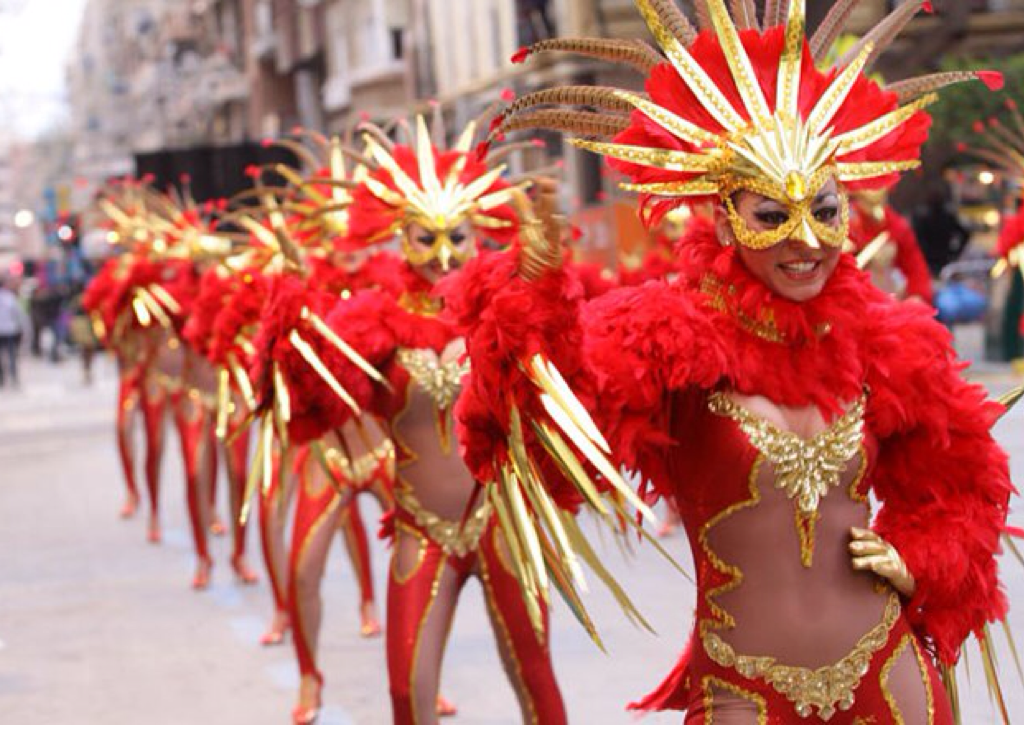 "The rites are to use the egg shells stuffed with paper-cloths that are broken in the heads of neighbors and friends, the burning of "Peleles" that survived until the fifties with the custom of the Burn of Judas, now resurrected with the Burning of "Don Carnal", The figure of "Los Mamarrachos", which are typical of our masquerades and, disguised as anything and any object, embody characters full of satire and conceal their personality and "The Mussona", representation of an inhuman beast, kind of Man-bear, paired with a primitive human, both dressed in esparto tow"