"Until the 1960s, fat Thursdays were a masquerade motif; As soon as night fell, men and women, but mostly women, traveled and went through the city, stopping at each drink to tease and "ironize" the gentlemen who were there. Often, these ladies grouped together to perform a "small role" which consists in choosing a victim and offering her "services" as hairdressers, make-up artists, nurses ..." 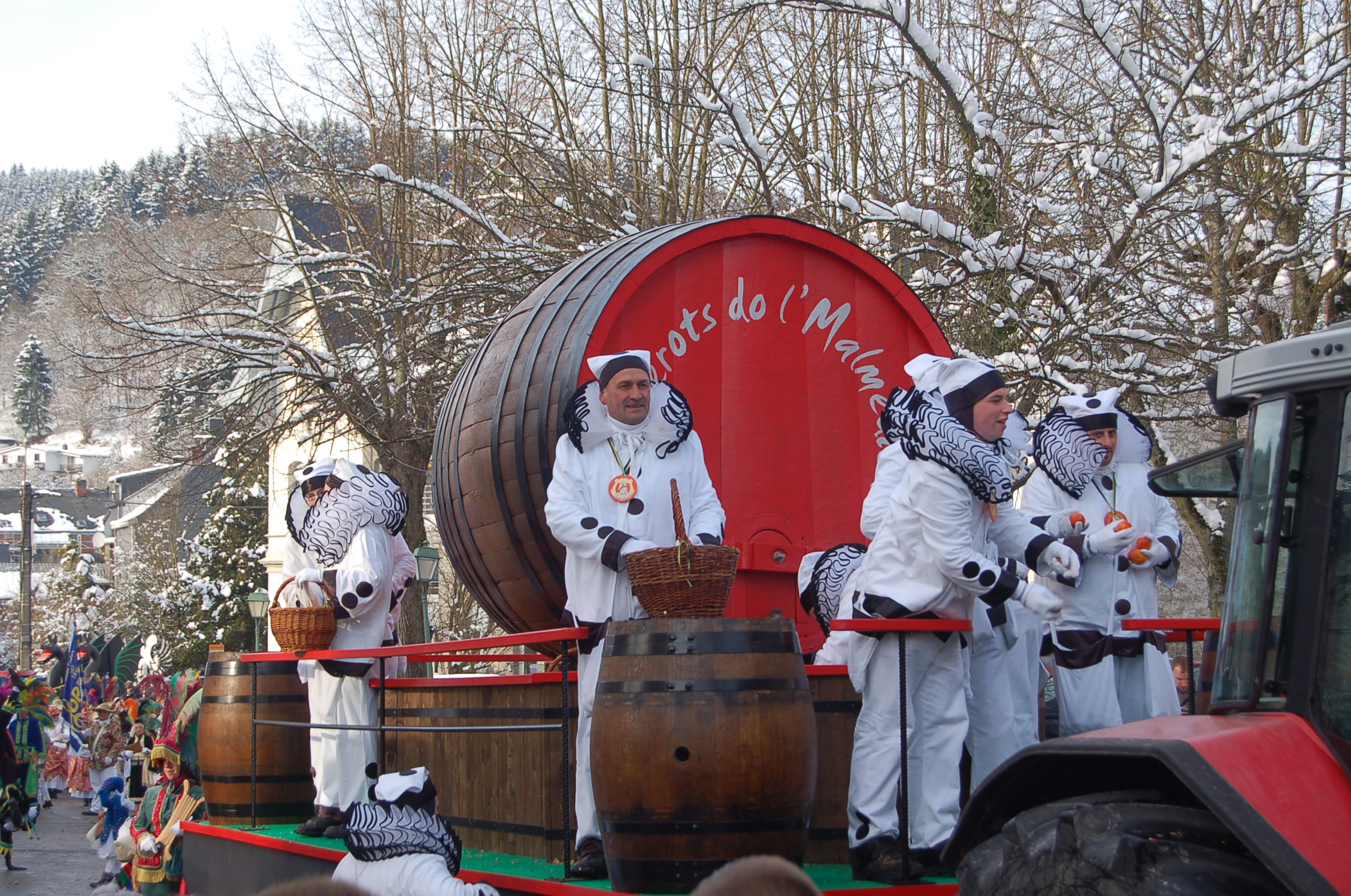 "To the Monday and Tuesday of the "Quarmae", thus suggesting that the Cwarmê was being celebrated as early as that date and possibly even a lot earlier. In Malmedy, the word "Cwarmê " refers to the carnival period that lasts for four days, from Saturday at noon to midnight on the day of Mardi Gras (Shrove Tuesday)."

"On the Carnival's opening day, Saturday, the "Grosse Police" announce the arrival of the carnival, while the mayor hands his authority over to the "Trouv’lê". During the major carnival procession, on Sunday, the participants can admire over 2,000 characters wearing the traditional masks of the "Cwarmê ". The street carnival in which the spectators are often involved is definitely in a class of it own. Monday, the day of the "roles", is mainly intended for the natives of Malmedy, while Shrove Tuesday sees the "Burning of the Haguète", signalling the end of the festivities."

Parades through the streets of the city.