The climax of each campaign is the Rosenmontag parade at 11.11 a.m. with 9,500 participants and 165 floats. On this special day everyone is on the move and the city centre turns into a colourful sea. The Rosenmontag parade carves its way of seven kilometres through the celebrating croud with political floats, the huge figural heads (Schwellköpp), music floats, flag bearers and guards. Political commentary and caricature have become a notable part of the Mainz carnival, and especially of its parades. For example, floats during one parade in the late 1980s showed Uncle Sam and a Russian soldier climbing out of suits of armor, and portrayed Soviet Premier Mikhail Gorbachev in a bathtub. 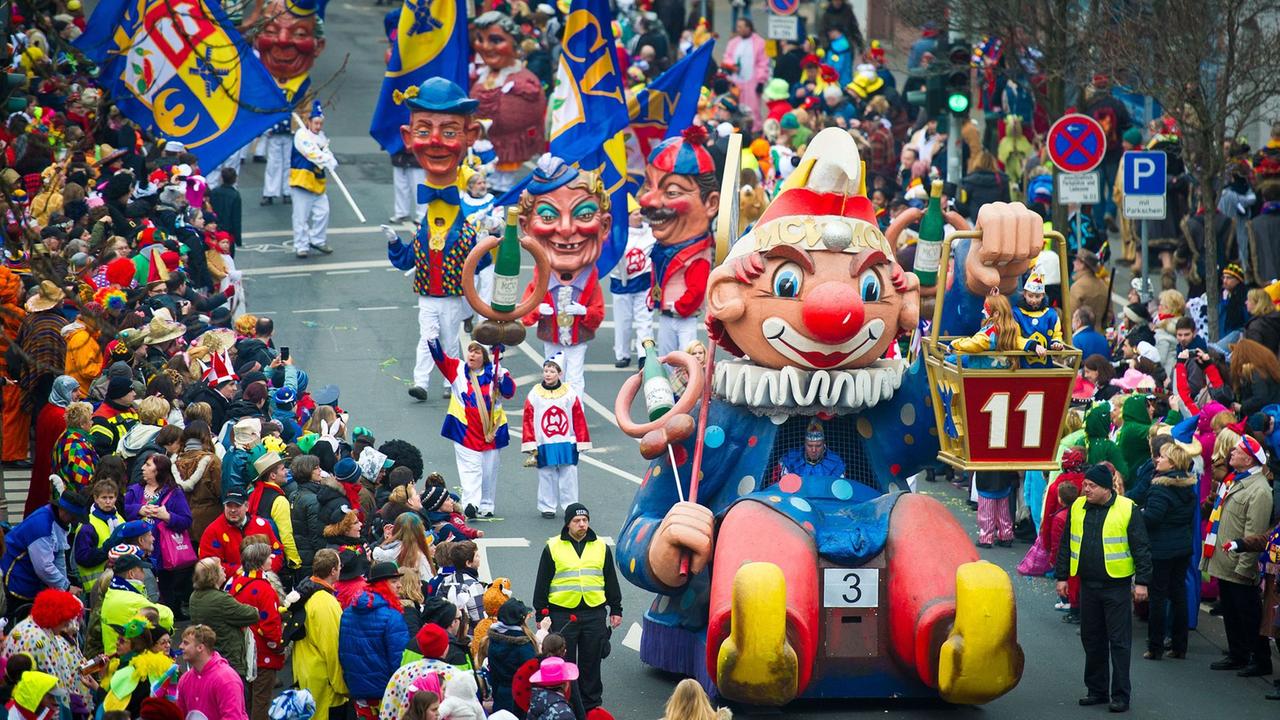